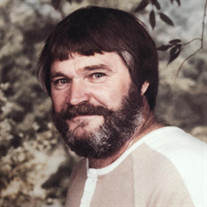 William “Bill” Aubrey Boyette, age 84, of Harmony was greeted by his heavenly father on Tuesday, March 2, 2021. He was born in the Harmony community on October 12, 1936 to the late Britain and Beatrice (Fitzhugh) Boyette. Upon his birth his aunts quickly added Talor Jesse to his birth certificate, legally making him William Aubrey Talor Jesse Boyette. As a child growing up in Perry county you would find him at the creek, riding horses or as he got older, burning up the roads with his life-long buddies. Bill served in the United States Navy, assigned to the USS Diachenko where he served as a Boat Coxswain. His service fueled a lifelong passion for travel and he frequently loaded up the family to hit the road in search of their next adventure. His professional career was spent in the Elevator industry from which he retired following an esteemed career spanning 30 years. He was a proud member of the National Elevator Union, Local # 79. Upon retirement he worked for Harper Trucking Co. for several years. Bill’s greatest joy was his family. He was a Christian and started each day with his bible. He loved his family fiercely and if he considered you a friend, he was loyal to a fault and very probably assigned you a special nickname. He was an avid Razorback fan and could often be found watching the game on TV with the volume off and listening to the radio announcers, he preferred their coverage. During Oaklawn season he enjoyed watching the ponies and you could often find him at the “post” or as we affectionately referred to it as “the old cronies’ corner”. Additionally, he was an accomplished guitarist and master craftsman. He is survived by his wife of 60 years, Shirley Jean (Turner) Boyette. Three daughters; Renee’ Bresaw, Aubrey Neumeier (Chris), and Ronda Holmes (Andy), five grandchildren Drew Holmes, Britain McDonald (Austin), Wynter Bresaw, Jack Holmes, Talor- Grace Neumeier and one great grandchild Turner McDonald, for whom he will always be remembered as “Papa Oh Boy” for his enthusiastic response to her hugs. His friends and family will remember him as a humble man of great dignity and strength, and he will be missed by many. Graveside services will be 10:00 a.m. Monday, March 8, 2021, at Harmony Cemetery with Bro. Tony Harris and Bro. Jimmy Corder officiating. Arrangements are by Harris Funeral Home of Morrilton. Pallbearers with be Chris Neumeier, Andy Holmes, Drew Holmes, Jack Holmes, Derek Boyette and Kenny McCormick. Honorary: Austin McDonald and Harrison Castle. Bill considered dressed up a white-collar shirt, nice jeans and cowboy boots, so please come as you are to honor him. In lieu of flowers please consider making a donation to St Jude’s Hospital as this was a charity that Bill believed in and supported for many years.

William &#8220;Bill&#8221; Aubrey Boyette, age 84, of Harmony was greeted by his heavenly father on Tuesday, March 2, 2021. He was born in the Harmony community on October 12, 1936 to the late Britain and Beatrice (Fitzhugh) Boyette. Upon... View Obituary & Service Information

The family of William "Bill" Aubrey Boyette created this Life Tributes page to make it easy to share your memories.

Send flowers to the Boyette family.