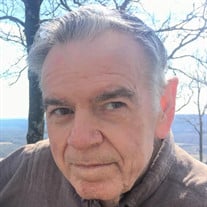 Thomas Herbert “Sonny” Reynolds, of Brownsburg, Indiana, passed away on December 4th, 2020 at the age of 81. Sonny was born on July 6, 1939 in Hattieville, Arkansas and is the son of Arling and Lucille (Edlemon) Reynolds. He is survived by his wife of 55 years, Doris (Shockley) Reynolds; son Doug Reynolds of North Little Rock; son John Reynolds; daughter-in-law Kim Reynolds of Maumelle; daughter Kathy Kilgo; and son-in-law Tim Kilgo of Brownsburg, Indiana. He is also survived by his precious grandchildren Carter Reynolds, Tessa Reynolds, Perri Reynolds, Jonah Kilgo and Violet Kilgo; his sister Carolyn Reynolds Lyons; his sister-in-law Ila Shockley; brother-in-law Ronald Shockley and sister-in-law Diane Shockley; his nephew Mark Williams; niece Trinna Williams; and nephew Chris Lyons. He is preceded in death by his parents Arling and Lucille Reynolds; sister Aubrey Williams; brother-in-law Gordon Williams; brother-in-law Don Shockley; brother-in-law Roger Hamilton; and sister-in-law Patsy Hamilton. Sonny was a sweet man. A man of great faith in God and a loving family man. Sonny was a faithful member of Arch Street Church of Christ/Fairview Park Church of Christ in Little Rock for over 50 years where he served as a Deacon. He was a hard worker and a dedicated employee for the same vending company for over 30 years. He was a fan of “old” country music, and Jimmie Rodgers was his favorite, whose songs he had memorized by the age of 12. He enjoyed watching black and white western movies and TV programs. He had a passion for singing and playing the harmonica. He spent many summers visiting Mountain View, AR where he would soak in all of the folk and country music. He loved camping and fishing for rainbow trout in the Little Red River. Funeral services will be at Harris Funeral Home in Morrilton, Arkansas on Thursday, December 10th at 11:00 am, Randy Frazier officiating. There will be a family hour prior to his service at 10:00 am. Burial will be at Riverwood Memorial Gardens in Maumelle, Arkansas at 1:30 pm.

The family of Thomas "Sonny" Reynolds created this Life Tributes page to make it easy to share your memories.

Send flowers to the Reynolds family.