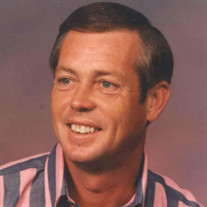 Richard Steven Jackson, age 68 of Diamond City, AR, passed away Monday, November 1, 2021. He was born November 8, 1952, in Morrilton, AR. He was the son of James (Jay Ball) and Mary Flocks Jackson of Morrilton. He married the love of his life, Tina Jackson, on September 26, 1990. Steve was owner and operator of Superior Builders in Harrison, AR from 1992-2012. Prior to moving to Harrison, Steve worked for Krogers in Morrilton for 15 years. Steve was a trustworthy, loyal friend to so many. He was a baseball player in his younger days and remained an avid athlete throughout his life. One of his favorite pastimes was watching his favorite baseball team, The New York Yankees. To say he loved hunting was an understatement; everything stopped when it was hunting season. He was the best husband, father, Pawpaw, brother, and uncle. His grandchildren meant the world to him. No matter what you needed, all you had to do was call and he would be there. The world was a brighter place with Steve in it and he will be missed immensely by his family and friends. Steve served as president of the NWTF for 8 years and was a lifelong member. Steve loved volunteering and serving others. He served as a Building Inspector and helped with the meal programs and activities at the Diamond City Community Center. Steve was awarded Diamond City Volunteer of the Year in 2011. Some of his other favorite hobbies were coaching little league baseball and playing golf. He was a member of Diamond Hills Country Club. Steve did not know how to slow down and rest. He was always helping others. Steve is survived by his wife Tina of 31 years; his daughter, Lisa (David) Godfrey of Portland, OR, his sons Chris (Tonna) Jackson of Little Rock, AR; and Mark (Sarah) Jackson of Atkins, AR. His brothers, Jim (Bertie) Jackson of Hot Springs, AR Michael (Vicky) Jackson of Little Rock, AR Pat (Betty) Jackson of Oppelo, AR. Sisters, Kathleen Jackson of Morrilton, AR and Suzanne (Bill) Grant of Harrison, AR. Grandchildren Brittany Godfrey of Little Rock, AR, Jonathan Godfrey of Portland, OR, Maegan Godfrey of Portland, OR, Maelynn Jackson of Harrison, AR, Kane Jackson of Nashville, TN and Jaythan Howard of Atkins; two great grandchildren and a multitude of nieces and nephews. Pallbearers will be Jimmy Hartwick, Wesley Hall, Sean Jackson, Josh Jackson, Wayne Hudson, and Reggie Jackson. Honorary pallbearers will be Chris Jackson, Jim Jackson, Mike Jackson, Pat Jackson, David Godfrey, Bill Grant, Billy LeBleu, Jay Jackson, Mark Jackson, and Bill Schinagl. Celebration of Life on November 21, 2021 at the Diamond Hills Country Club in Diamond City at 4:00 p.m. All family and friends are invited to attend.

Richard Steven Jackson, age 68 of Diamond City, AR, passed away Monday, November 1, 2021. He was born November 8, 1952, in Morrilton, AR. He was the son of James (Jay Ball) and Mary Flocks Jackson of Morrilton. He married the love of his life,... View Obituary & Service Information

The family of Richard Steven "Steve" Jackson created this Life Tributes page to make it easy to share your memories.

Send flowers to the Jackson family.