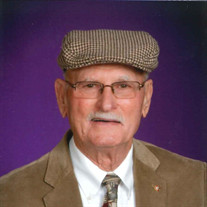 Raymond Patrick Paladino, age 82, of Center Ridge, Arkansas passed away on Saturday, March 7, 2020. He was born August 19, 1937 in Center Ridge to the late Frank Angelo Paladino and the late Rose Ferricher Paladino. He retired from Jones Truck Lines and was a faithful member of St. Joseph Catholic Church and Knights of Columbus. He is survived by his wife, Beverly Montgomery Trafford Paladino of Center Ridge; children and step children, Kim (Tom) Booth of Scott; Greg (Charlotte) Paladino of Conway; Lisa (Jeff) Baker of Cabot; John (Paula) Trafford; Steve (Lisa) Trafford; and Sandee (Tim) Bridgeman, all of Morrilton; siblings, Rocky Paladino of North Little Rock; Cecilia (Frank) Enright of Homer Glen, Illinois; Patricia Moix of North Little Rock; Dianne (George) Beck; Mary Chapman, and Barbara (Jim) Wiedower, all of Morrilton; thirteen grandchildren, and nineteen great grandchildren. Other than his parents, he was preceded in death by a sister, Joann (Jack) Hiatt; sister-in-law, Virginia Paladino; and brother-in-law, Lex Moix. Ray’s legacy is his love for Christ and his love for his family. For decades, Ray was a pillar of St. Joseph Catholic Church, serving in any way he could for the church’s sake and to God’s glory, whether it was as a 4th Degree Knight of Columbus, serving on the parish council, assisting with many St. Joseph Spaghetti Dinners, and working with Catholic Charities of Arkansas rebuilding homes in his community damaged by tornadoes. Ray’s unforgettable humor, gentleness, and love for others left an indelible mark on everyone that knew him. More than anything else, he adored his children and grandchildren. Our hearts are broken knowing he’s gone, but his laughter, tenderness, and kind gaze will comfort us until we join him in Heaven. When he wasn’t serving his church, his community, or his family, he enjoyed God’s creation by fishing, hunting, and tending to his unrivalved vegetable garden. Funeral Mass will be at 10:00 a.m. Wednesday, March 11, at St. Joseph Catholic Church in Center Ridge with Father Jack Harris, Father Aby Abraham, Father Greg Luyet, and Father T.J. Hart officiating. Burial will be at St. Joseph Cemetery. Rosary will be at 6:00 p.m. Tuesday, March 10, at Harris Chapel with visitation following.

The family of Raymond Patrick Paladino created this Life Tributes page to make it easy to share your memories.

Send flowers to the Paladino family.