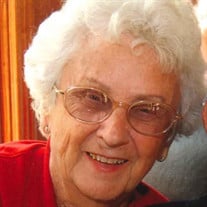 Lois Brents Carlon, age 90, of Cleveland, Arkansas, passed away Saturday, August 8, 2020. She was born November 21, 1929 in Little Rock, Arkansas, the daughter of the late Ben Brents and Marie Kumpe Brents. She grew up in Cleveland, Arkansas and graduated from Wonderview High School in 1947. She went to Washington D.C. after high school with a group of young women from Arkansas to work for the FBI. While back in Arkansas, she met her future husband after he returned from service in the Navy in the Pacific in WWII. They were married in 1950 and lived in North Little Rock, Conway and Fort Smith as they raised their family. They worked and traveled the world after their children were grown and lived in various countries including Iran, Egypt and traveled to many more. Lois was happily married for 60 years until her husband passed away in 2010. She then moved to Conway to be close to family and eventually moved to College Square Retirement Community where she made a lot of dear friends and lived a very active lifestyle. She had a strong Christian faith and was an active member of the Robinson and Center Church of Christ in Conway. She loved to work crossword puzzles, crochet afghans for friends, and watch everything Arkansas Razorbacks. Lois was preceded in death by her husband, Robert H. “Rod” Carlon, her parents, and brother Ben Brents, Jr. of Olive Branch, MS. Left to cherish her memory are her sons, Tom Carlon of Fayetteville; David Carlon (Joanne) of Tullohoma, TN; daughter Martha Barger (Mike) of Conway; four grandchildren, Lindsey Powell (Seth) of Greenbrier; Jennifer Brewer (Charles) and Kimberly Thornton (David) all of Nashville, TN; Samantha Carlon of Fayetteville; four great grandchildren and a host of other nieces, nephews, family and friends. The family sincerely appreciates the Seeds of Love staff and particularly Crystal Barnett for their outstanding care and support during this difficult time. There will be a graveside service 10:00 a.m. Thursday, August 13, at Old Hickory Cemetery with Mr. Steve Norris officiating. In Lois’ memory donations may be made to: Southern Christian Home, 100 West Harding St. Morrilton, AR 72110.

Lois Brents Carlon, age 90, of Cleveland, Arkansas, passed away Saturday, August 8, 2020. She was born November 21, 1929 in Little Rock, Arkansas, the daughter of the late Ben Brents and Marie Kumpe Brents. She grew up in Cleveland, Arkansas... View Obituary & Service Information

The family of Lois Brents Carlon created this Life Tributes page to make it easy to share your memories.

Send flowers to the Carlon family.