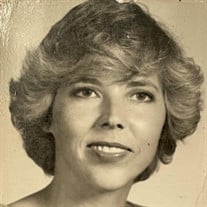 Linda Jane Bailey Metcalf, 74, of Perryville passed away April 12, 2022, from complications of COPD, an illness from which she suffered for several years. Linda was born October 11, 1947, to Johnnie Wallace Bailey and Marvin Eugene Bailey and lived in the Union Valley community most of her life. She attended Perryville schools where she played basketball and was a cheerleader but was graduated from York High School, Yorktown, VA, after her marriage to Burnis Melton “Buddy” Metcalf at 16 years old. She earned bachelor's and master’s degrees from Little Rock University (now University of Arkansas at Little Rock). Linda and Buddy were owners/operators of a business they established, METCO, Inc. She was a member of the Union Valley Baptist Church where she played the piano until illness intervened. A kind and considerate person, Linda enjoyed life in her own way. She found joy and peace in God’s creation, observing and feeding wildlife and growing flowers. Dozens of hummingbirds returned to her feeders each spring and deer depended on her for winter food. Linda was a devoted wife, daughter, and sister. She is survived by her husband Buddy Metcalf; mother Johnnie Bailey; brother Robert W. Allen (Carol), all of Perryville, niece Katharine Allen Adams of Little Rock, and many loved Wallace and Bailey cousins. She was predeceased by her father Marvin Bailey. A memorial service will be held at 2pm, April 21st, at Harris Funeral Home Chapel in Morrilton. Linda would be happy to know that birds were fed and trees were planted in her memory. Those who wish may make a contribution to the National Audubon Society, 225 Varick St., New York, NY 10014, or www.act.audubon.org , or to a charity of your choosing.

Linda Jane Bailey Metcalf, 74, of Perryville passed away April 12, 2022, from complications of COPD, an illness from which she suffered for several years. Linda was born October 11, 1947, to Johnnie Wallace Bailey and Marvin Eugene Bailey... View Obituary & Service Information

The family of Linda Jane Metcalf created this Life Tributes page to make it easy to share your memories.

Send flowers to the Metcalf family.