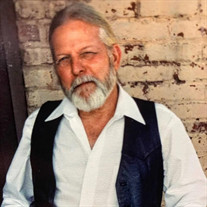 James “Bud” Courtney, age 79, of Perryville, passed away Friday, November 27, 2020. It’s common to begin an obituary with a list of titles and accomplishments, but in the case of James Courtney, it is more important to note what he called himself. James preferred to be called “Bud” by his friends and family. It’s the first of many examples of a man who defined himself not by honorifics or pretense but by action. Bud accomplished more in his 79 years than most could do with double the time. He was a Past Master of the Lodge, a Shriner, and DeMolay. He worked 47 years for NLR Wastewater. He started out digging ditches, and eventually retired as the Maintenance and Construction superintendent for all of North Little Rock. He was a masterful craftsman, who worked with both metal and wood. He brewed wine and distilled spirits. His BBQ sauce was renowned by all who tasted it. He was a mechanic, repairman, plumber, but most importantly he was a father, and a quiet, fiercely loving husband. Bud, simply, was everything he needed to be. Yet, to talk to him was to know none of that. He rarely shared stories of his accomplishments. He was a man who valued conciseness and candor. Where another man would use 10 words, Bud used one. This is not to say Bud wasn’t friendly. In fact, the opposite was true, he loved to laugh and tell stories among friends. His was a dry sense of humor, he often chimed in delivering the perfect observation that left the room howling. He rode his Harleys across the U.S and was open to every kind of person no matter their background. However, friendship with Bud was something earned, and not freely given. He held high standards for those he was close with and to keep company with Bud was to meet an expectation for honesty that he desired among those he was close to. The impact Bud made on others is difficult to put into words, and friends and family will spend many nights recounting his service to others. He believed firmly in the adage that true good deeds are done in silence and lived his life as such. He never offered help; he just did and often took the least glamorous jobs for himself in the process. This was most evident during the holidays, while others visited, Bud would most often be found in the kitchen, cleaning up, and putting away. Never to avoid the festivities, but rather to ensure others had more time to spend with each other. That was his way. Bud preferred to be in the background, a silent helper enabling those that he cared about to better do what they wanted or needed. He was proud, yet never arrogant. A man who planted a garden not to have the best or most fertile but just to see things grow and provide food for himself and others. He was helper, craftsman, and gardener in all things. Even that which he had not grown, he mended. He taught by example, his everyday actions a testament to the life that he wanted to live. Bud was at his core a man of commitment. He approached every task with quiet dignity that no matter how menial, it was important and needed to be done thoughtfully and carefully. It was in much the same way that he treated those he loved in his life. Like his wife, Debra Courtney, with whom love blossomed and bloomed as brightly as the flowers in their shared garden. His with her was not a love of grand gestures, but instead a love that crept into the subtle every day. It was demonstrated when he carried her keyboard to every show and gig and there in every dish washed and glass cleaned. His every action another seed planted in a blossoming garden of dedication and support. It is difficult to diffuse all of Bud's relationships and simply say who he leaves behind, because in truth he leaves behind everyone whose life he touched. Bud was a founding member of The Gathering of Love church in Morrilton and was a Christian man of deep faith. In lieu of flowers, memorials can be sent to The Gathering of Love Church Office, 43 Bailey Road, Morrilton AR 72110. He is preceded in death by his mother, Inez Marie Weatherford and siblings Susie Weatherford, Cricket Weatherford, and Frankie Weatherford. He is survived by his wife, Debi Courtney; children Kristi Corbin (Eric), Davey Guenther (Kristy Wise, fiancé), and Bryan Goode; grandchildren Faith Corbin, Ana Corbin, Christopher Corbin; Jennie Mizer Wood (Tyler), Eric Mizer, J.D. Guenther, Angelina Mizer; and great-grandchild Scarlett Rae Wood. He leaves behind “bonus children” of David and Alyssa Burns and little Josie Grace Burns. He is survived by siblings Arthur Weatherford, Marie Weatherford, Mae Capps, Fae Bottoms, Charlene Cargile, and Sharon Huffmaster. There will be a celebration of life service at a later date when all can attend safely. A notice will be posted in The Gazette and Headlight papers at that time.

James &#8220;Bud&#8221; Courtney, age 79, of Perryville, passed away Friday, November 27, 2020. It&#8217;s common to begin an obituary with a list of titles and accomplishments, but in the case of James Courtney, it is more important to note... View Obituary & Service Information

The family of James "Bud" Courtney created this Life Tributes page to make it easy to share your memories.

Send flowers to the Courtney family.