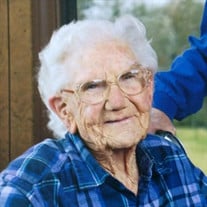 Bon Nell Bentley of Plumerville, age 98, went home to be with the Lord on Thursday, December 10, 2020. She was born in Russellville on November 8, 1922, the youngest of five siblings. She grew up in Morrilton, where their father was a butcher, and she finished high school there in 1941, the year their father died. Their mother had died several years earlier. She then went to live with her sister, Margaret Ellis and she became part of her family. During the beginning of World War II, she moved to Memphis and worked in a defense plant as a riveter. She later joined the US Navy and became a member of the WAVES, a division of the Navy that consisted entirely of women. “I believe in my country and I would fight for my flag” she said of her WWII service. After her discharge in Hawaii, she enrolled in nursing school on the G.I. Bill and received her Registered Nurse Degree. She then joined the US Army in April, 1951 and was eventually approved for training as a nurse anesthetist. She was discharged in June, 1957 and went on to spend thirty years working for the Veteran’s Administration in Little Rock and Jackson, Mississippi. Following her VA career, she worked as a nurse anesthetist at the Morrilton Hospital. For a number of years, she drove regularly to Conway for a weekly women’s Bible Study Fellowship and to services at Woodland Heights Baptist Church. She made her home in a trailer, on a hill in Plumerville and, with the help of friends, she insisted that everything was immaculately maintained!! Bon Nell was preceded in death by her mother and father, Lalla and George Ellis Bentley; sister, Margaret Ellis (Herman); brothers, Robert Bentley (Lela) and Russell Bentley (Beenie). Survivors include her brother, Gordon Earl Bentley; niece Lyn Willis (Mike); nephews, George Ellis Bentley, Ray Ellis (Jeannene), Herman Ellis (Betty), and Rob Bentley and special friend, Bonnie Hawthorne. She also leaves her loyal and beloved caregiver, Dana Cockrum and her family; and Callie Adams. Other special people in her life include, Toney and Markita Canady, Karen Black, Kathleen Smith, Hugh and Wrenetta Austin, and a host of other family and friends. A graveside service will be announced at a later date.

Bon Nell Bentley of Plumerville, age 98, went home to be with the Lord on Thursday, December 10, 2020. She was born in Russellville on November 8, 1922, the youngest of five siblings. She grew up in Morrilton, where their father was a butcher,... View Obituary & Service Information

The family of Ms. Bon Nell Bentley created this Life Tributes page to make it easy to share your memories.

Bon Nell Bentley of Plumerville, age 98, went home to be with...

Send flowers to the Bentley family.