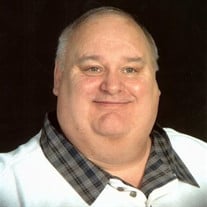 Bobby Ray Gilbert, age 64 of Morrilton went home to be with the Lord on August 21st, 2019. He was born May 16, 1955 in Morrilton to Marion Ray & Betty Alice Blaylock Gilbert. He graduated from Morrilton High School, attended Arkansas Tech and received a nursing degree from Petit Jean Vo-Tech. Bobby began his career by working for the ambulance service here in Morrilton as a paramedic while going to nursing school. He also worked at Allison Ford Company using his many talents, like the gift of gab, to begin his second/third career in sales to include the first computer store, BRG Computers, in the village mall and BRG Woodwork. Bobby could sell an icebox to an Eskimo. After his degree he began working full time in Nursing in 1975 until 2001. He worked on a surgery team at Baptist Health Center in Little Rock AR and worked in NICU at Children’s Hospital in Little Rock, for Med-Pool in central Arkansas, and in ICU and ER at St Anthony/St Vincent here in Morrilton until his retirement. Bobby loved playing music with the Mystics, Gospel Messengers, Gospel Tones, Cathedrals and Route 66 Band. He also enjoyed watching & playing sports. He played football on the 1971 Devil Dogs State Championship Team. He was an All-Region and All State player. He also played football for Arkansas Tech. Bobby never met a stranger and loved people beyond words. His whole life centered around his Lord, family, and community. Christ’s love shined thru Bobby in the way that he loved and cared for others. He developed a Facebook ministry through which he wrote and prayed daily and reached countless friends around the globe. Bobby gave his entire life to the service of the gospel and others. Nothing thrilled him more than spending time with his children, grandchildren, and family. He had a great sense of humor, and loved laughing and sharing stories with family and friends. He was preceded in death by his parents, Ray & Betty Gilbert of Morrilton, his grandparents Ervin & Katie Gilbert, Earl & Naomi Seay Blaylock. He is survived by his devoted wife of 43 years, Carol Faye Weaver Gilbert , their children, Brandy (Jason) Norris of Morrilton, Donna (James) Greilick of Morrilton, Heather (Brock) Forness of Conway and his six grandchildren, Dawson Bullock of Morrilton, Benjamin Lilley of Morrilton, Faith & Nora Turner of Conway, Kya Forness of Conway, and Miles Greilick of Morrilton, his sister, Michelle Burgess and his Mother-In-Law, Donna Weaver of Corinth MS, Brothers-In- Law, David (Peggy) Weaver of Collierville TN, Tommy (Beth) Weaver of Corinth MS, Step-Mother, Shirley Walker Gilbert of Center Ridge, Step-Sisters, Shannon (Bob) Watson of Nashville, Tennessee, Lisa (Barry) Todd of Center Ridge, and Cheryl (Robert) Adams of Morrilton, and a host of nieces & nephews. Funeral services will be 10:00 a.m. Monday, August 26, at the Harris Chapel with Pastor Joe Alzate officiating. Burial will be at Ada Valley Cemetery by Harris Funeral Home of Morrilton. The family will receive friends from 2:00 to 4:00 p.m. Sunday, at the funeral home.

Bobby Ray Gilbert, age 64 of Morrilton went home to be with the Lord on August 21st, 2019. He was born May 16, 1955 in Morrilton to Marion Ray & Betty Alice Blaylock Gilbert. He graduated from Morrilton High School, attended Arkansas Tech and... View Obituary & Service Information

The family of Bobby Ray Gilbert created this Life Tributes page to make it easy to share your memories.

Bobby Ray Gilbert, age 64 of Morrilton went home to be with the...

Send flowers to the Gilbert family.