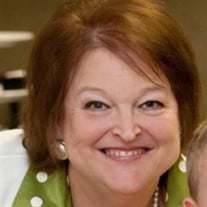 Anita Kay Stafford, age 62, of Perryville, Arkansas, passed away Thursday, December 2, 2021. She was born March 21, 1959, in Monticello, Arkansas a daughter of the late W.T. Forrest and the late Barbara Sawyer Forrest. She married Charles E. Stafford, April 28, 1978. Anita was a homemaker, she not only raised her four kids but numerous others. Being the oldest in her family she was a natural-born caregiver. No one left her house without a full heart and belly. She is survived by her husband, Charles Stafford, three daughters and one son, Eugenia (Keith) Stone of Perryville, Jaclyn (Jamie) Campbell of Perryville, Creighton (Kayla) Sawyer of Paron, Bobbie Jo Stephen) of Perryville, and 11 grandchildren. Other than her parents, she was preceded in death by her father-in-law C.H. Stafford. Survivors also include her mother-in-law, Betty Jo Stafford, sisters: Benita, Pam, Deanna, and brother, Jonathan. Graveside services will be 2:00 p.m. Saturday, December 4, at Ragsdale Cemetery with Bro. Cuatro Nelson officiating. Visitation will be at 1:00 p.m. prior to the funeral at the cemetery.

The family of Anita Kay Stafford created this Life Tributes page to make it easy to share your memories.

Send flowers to the Stafford family.